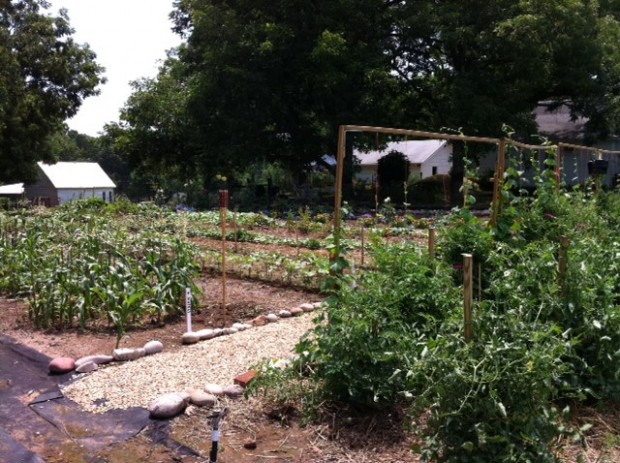 My great grandmother, Thelma Muskrat Lee, was born and raised in Oklahoma on what is now called the Grand Lake of the Cherokees.  This is where my great grandmother and great grandfather met and lived out their lives.  They lived on this land before there was a lake.  Along with other locals, they were to move up hill so that the valley where they lived could be dammed and flooded.  They then lived in their home on the lake all of their lives, where they raised my grandfather and had a traditional farm life.

Thelma and Everett were part Cherokee and lived close to the land, as their ancestors had.  Thelma not only had Indian ways, but was a true pioneer woman.  She raised and butchered her own animals, had a bountiful garden  and made just about everything herself.  These things sustained their family through the depression and taught her many of her frugal ways which she carried out all of her life.  She would do things like wash her ziplock baggies, in a time when everything was becoming disposable.   Famous for using her shot gun into her late nineties, she was known to shoot any stray water moccasins, who occasionally slithered a little too close to her home; along with squirrels, rabbits or any other “vermits” which were unfit for her tidy homestead.  Thelma was fearless and her blue-eyed gaze would cut through you like a knife. She was also as tender as a doe.  She died at 102.

I recently visited my family’s homestead on the lake, where I spend much of my childhood as well.  This Indian land runs deep in my blood, this land where its people have endured many trials and received many blessings.  I go to this land for restoration, to plant my feet in the ground and feel them go down like heavy roots, deep into the earth, my motherland. 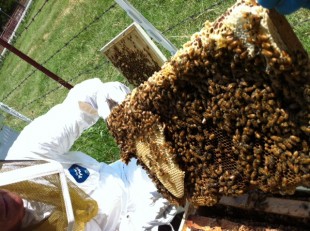 My mother and five aunts have been reviving the old garden site of my Great Grandmother’s.  As I walk through the heavy summer air, down the garden path,  a long row of okra runs next to green beans and eggplant.  Tomatoes and dalias line the garden edges, where garden is kept with a tidy fence.   A calf suckles on her mother as they meander through the rolling green hills, next to the garden.  Just beyond the pasture, lies the graveyard where much of my family is buried.  On the path back to my Great Grandmother’s house, my aunt’s keep their bees.  These brilliant bees will pollinate the garden year after year.  The root cellar is still in tact and all of my Great Grandfather’s tools still hang in the musty old shed.  His old red tractor is still used today to mow the grass and tend the farm.

I stayed in Thelma’s old home just long enough to feel the red dirt under my toes, put my feet in the lake water and sleep some nights in that peaceful old house.  My daughters were able to take a swing by the lake and breathe in the air which so many of my ancestors breathed in their lives.

I feel so deeply thankful for the traditions my family has keep in tact, for the importance which has been placed on the old ways and this beautiful land which sustains them.  The bounties which my Great Grandparents created were not created in vain, but live on today.  I can hear my Thelma whispering her prayers over this land still today.  I only hope my children can still hear her prayers when they are grown. 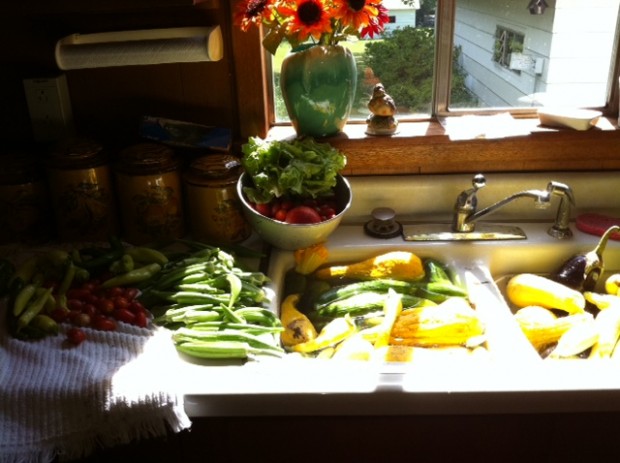