“To Summon the Stars”, Hummingbird’s story, a visual retelling of the of the Cherokee myth “How They Brought Back Tobacco”

In this new series, I retell the the Cherokee folktale How They Brought Back Tobacco. This myth tells about the near-extinction of our people when we were on the verge of losing The Ancient One or the Old Tobacco plant, a sacred plant that was essential for our survival. 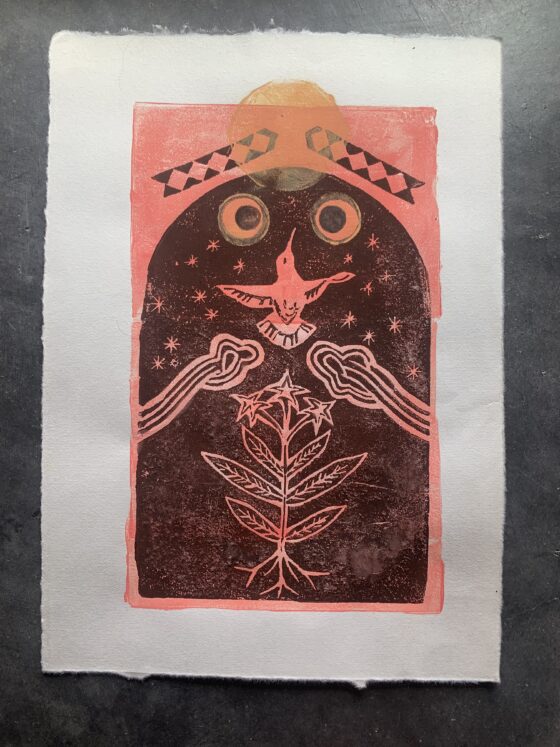 Each block in my block printing process is first sketched with graphite and next carved by hand. This block is then pressed onto handmade cotton paper and layered with my own unique monotype printing process. 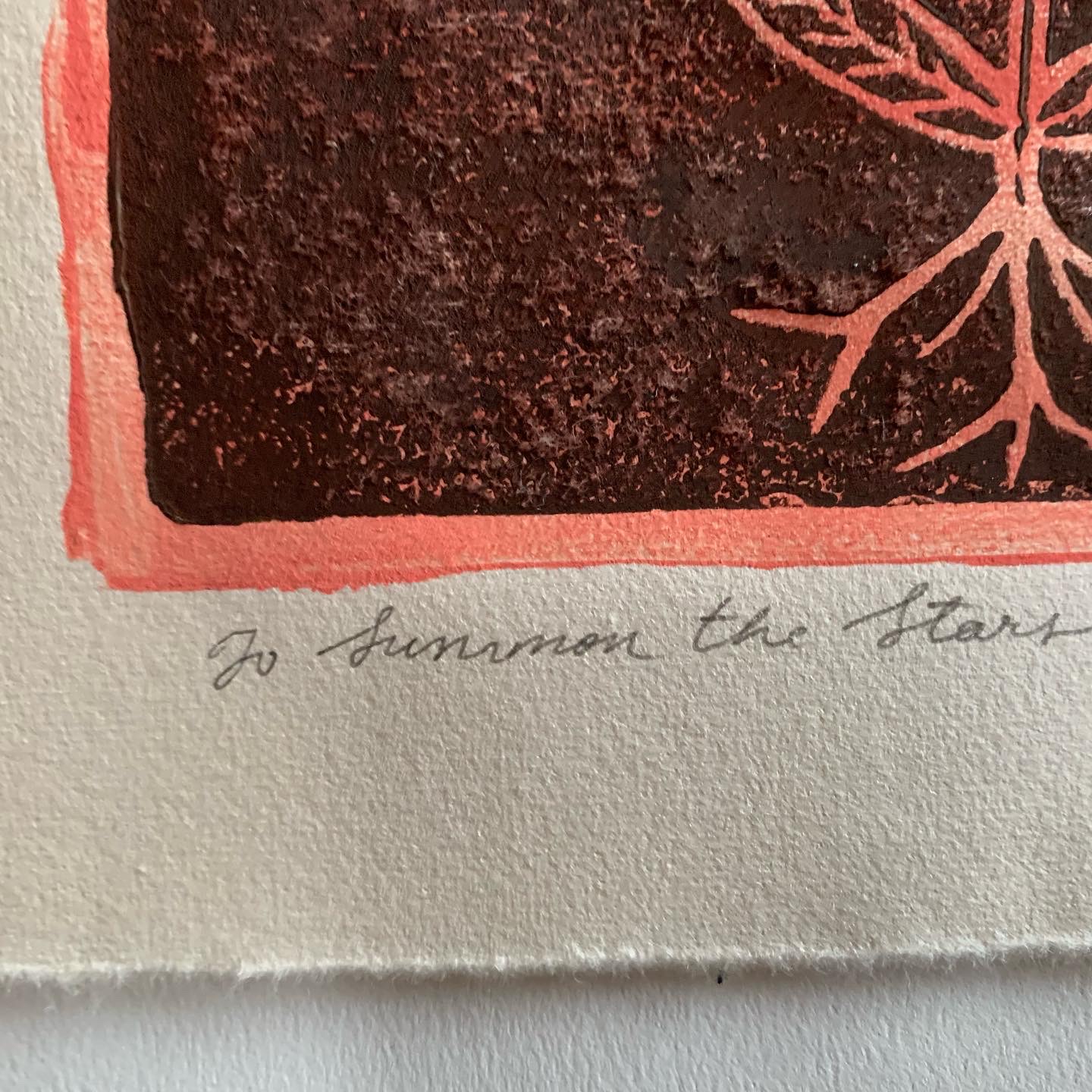 If you read my first post on the Cherokee myth How They Brought Back Tobacco you will remember the unstoppable Hummingbird. “To Summon the Stars” mixed media print speaks to our ability to summon the impossible when we devote ourselves to our purpose. Above hummingbird are two arrows that shoot toward the heavens to insure the safe passage of his immaculate feat. Below hummingbird a plume of tobacco smoke comes from the East and the West to protect him on his journey. On the bottom an uprooted tobacco plant symbolizes the tenuous balance of the natural world. Can the things we fail to protect become uprooted permanently?

How They Brought Back Tobacco, an ancient Cherokee folktale
(Tsâl-agayûñli, or old Tobacco, is considered to be a “food of the spirits” in Cherokee culture. Tobacco carries the smoke’s message to the sky spirits to provide protection).
.
Many year ago the Dagûl’kû geese stole the tobacco and carried it far off to the South. Across the land there began great suffering. Without the plant, the people were in danger. An old woman lay in her house, growing thin and pale. She would soon perish if she didn’t receive the blessing from the smoke of the tobacco.
.
In council, many animals offered to retrieve the tobacco. But after each trial, the animals were killed by geese, who watched over the tobacco by day and night.
Finally, Hummingbird offered to go to the South. “Hummingbird, you are far too small. You might as well stay home” she was told. Despite this, Hummingbird knew she was ready to try. She immediately started off to the South.
.
Before the Geese knew what had happened, Hummingbird found the plant, darted towards it and snatched the flower and seeds from the top of the plant. Quickly, she returned to her homeland.
.
Upon her return, she blew smoke from the Tobacco plant onto the old woman’s face. Immediately the woman sat upright and shouted “Tsalu! (Tobacco)!” and was revived 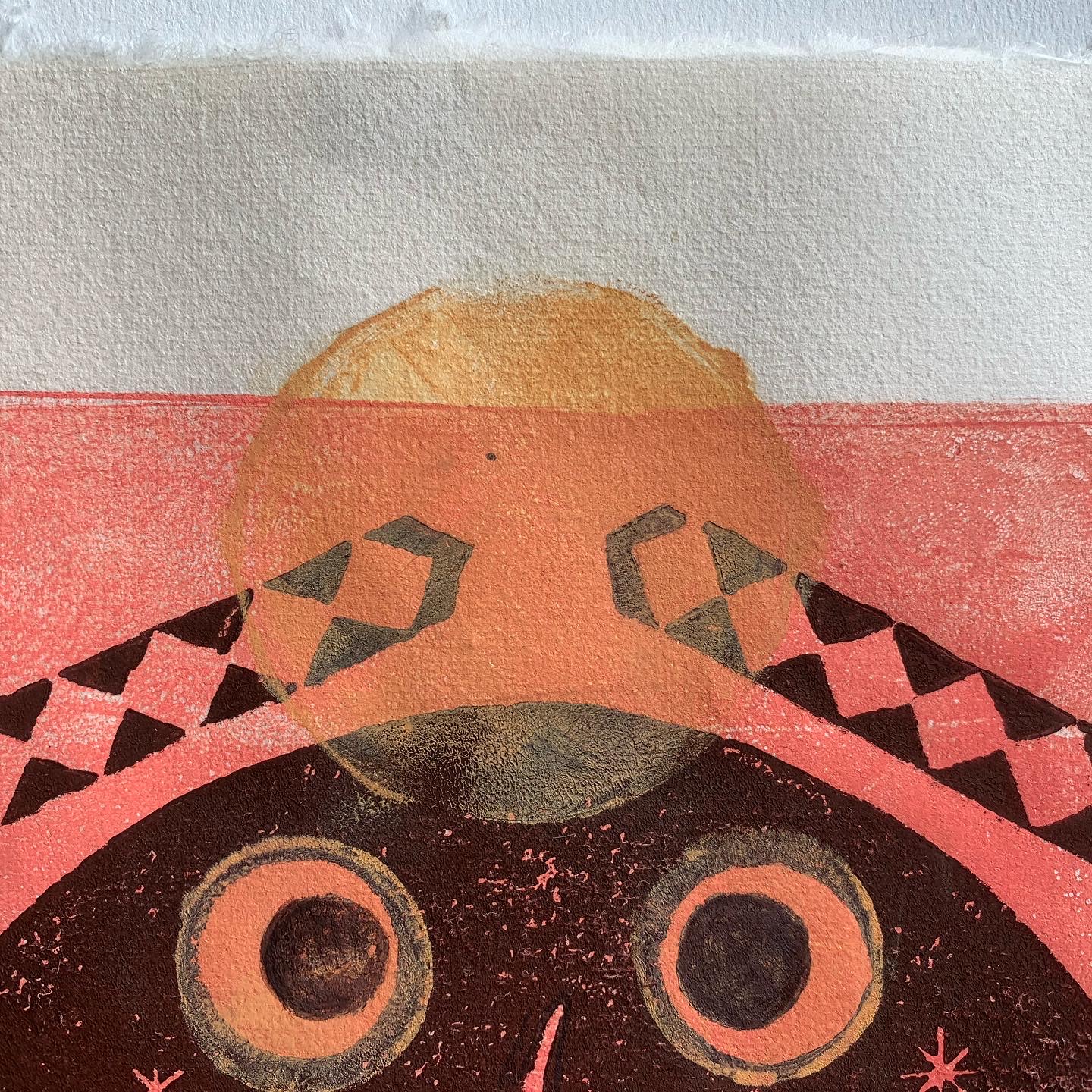 This piece can be found at Cielo Handcrafted on Canyon Road in Santa Fe, New Mexico. 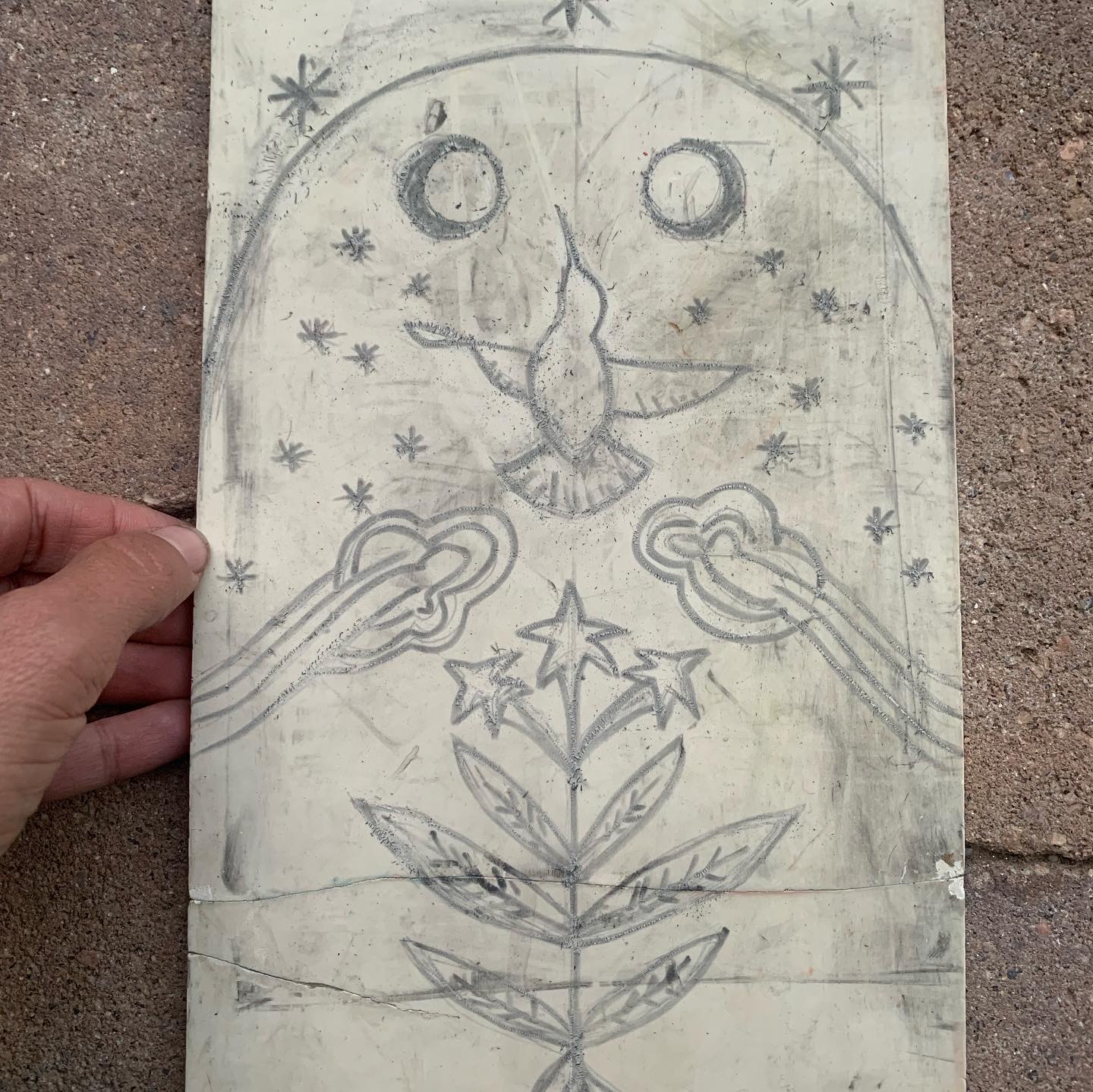