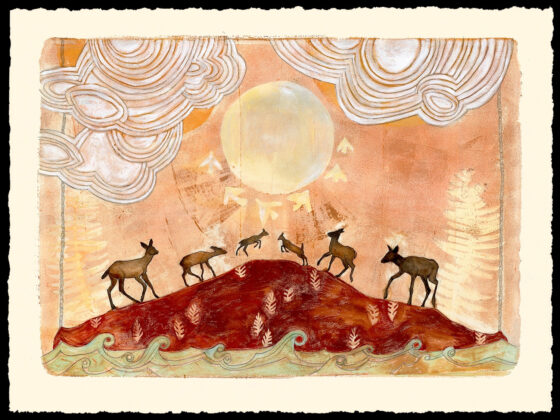 According to Cherokee mythology, when animals, plants and humans were equal, when animals still spoke, they lived on the Galun’lati, the Sky Vault, high above a vast body of water. There was no light and no dark. The animals and people looked at each other and felt crowded. Something had to be done. As they looked down to the water’s surface, they wondered what was beneath it. Could there be a new safe place to live? Water Beetle and Great Buzzard went down from the Sky Vault, and though a series of events, made land from water. This land became Mama Earth and it was now floating on a vast ocean, attached to the Sky Vault by cords, one on each corner of the four directions. This Earth provided all that they needed.
. 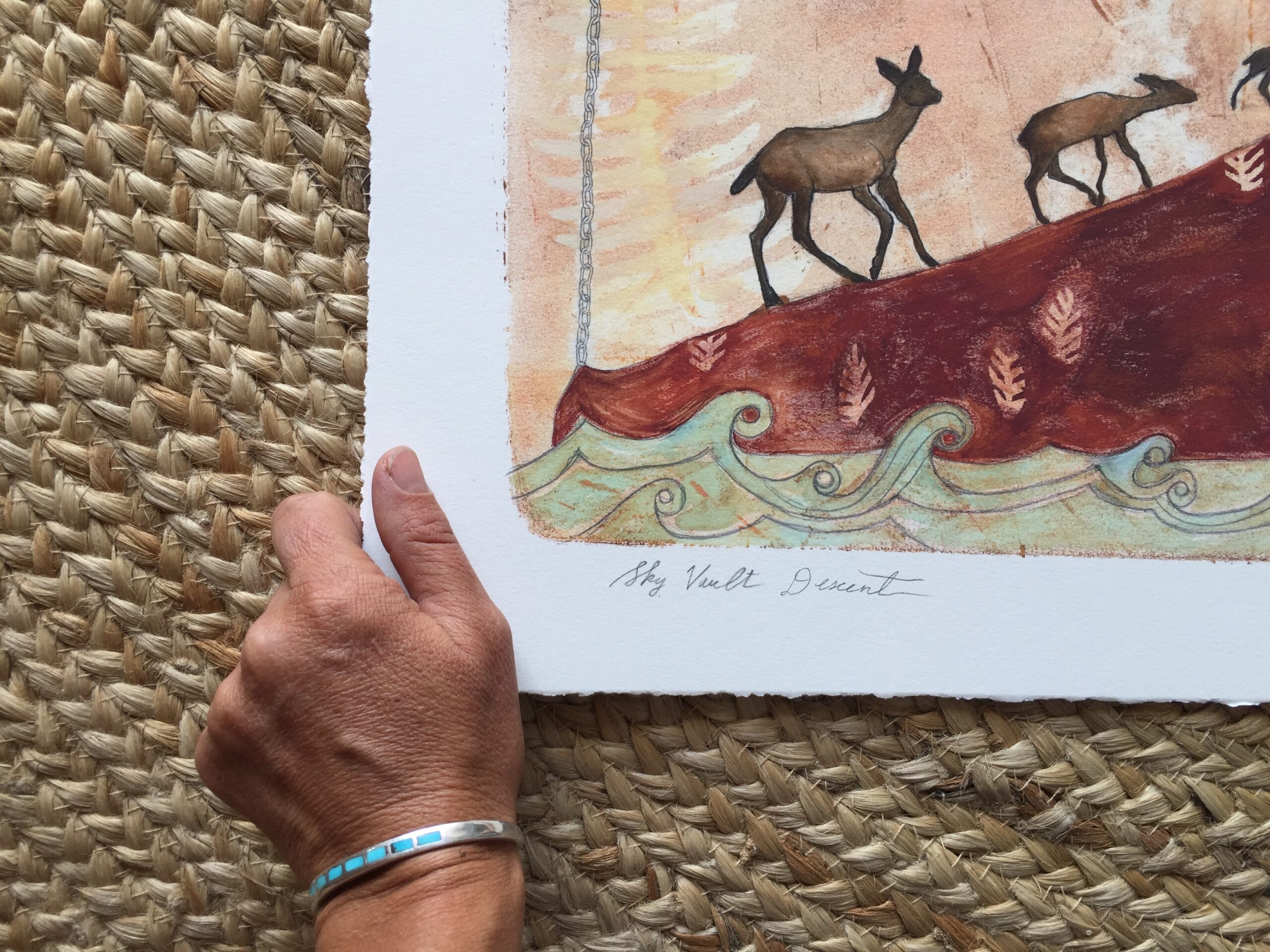 But alas, this was not made to last forever. According to prophecy, when the Earth one day becomes old and worn, the cords will begin to fray and eventually break. The Earth will sink back into the sea. 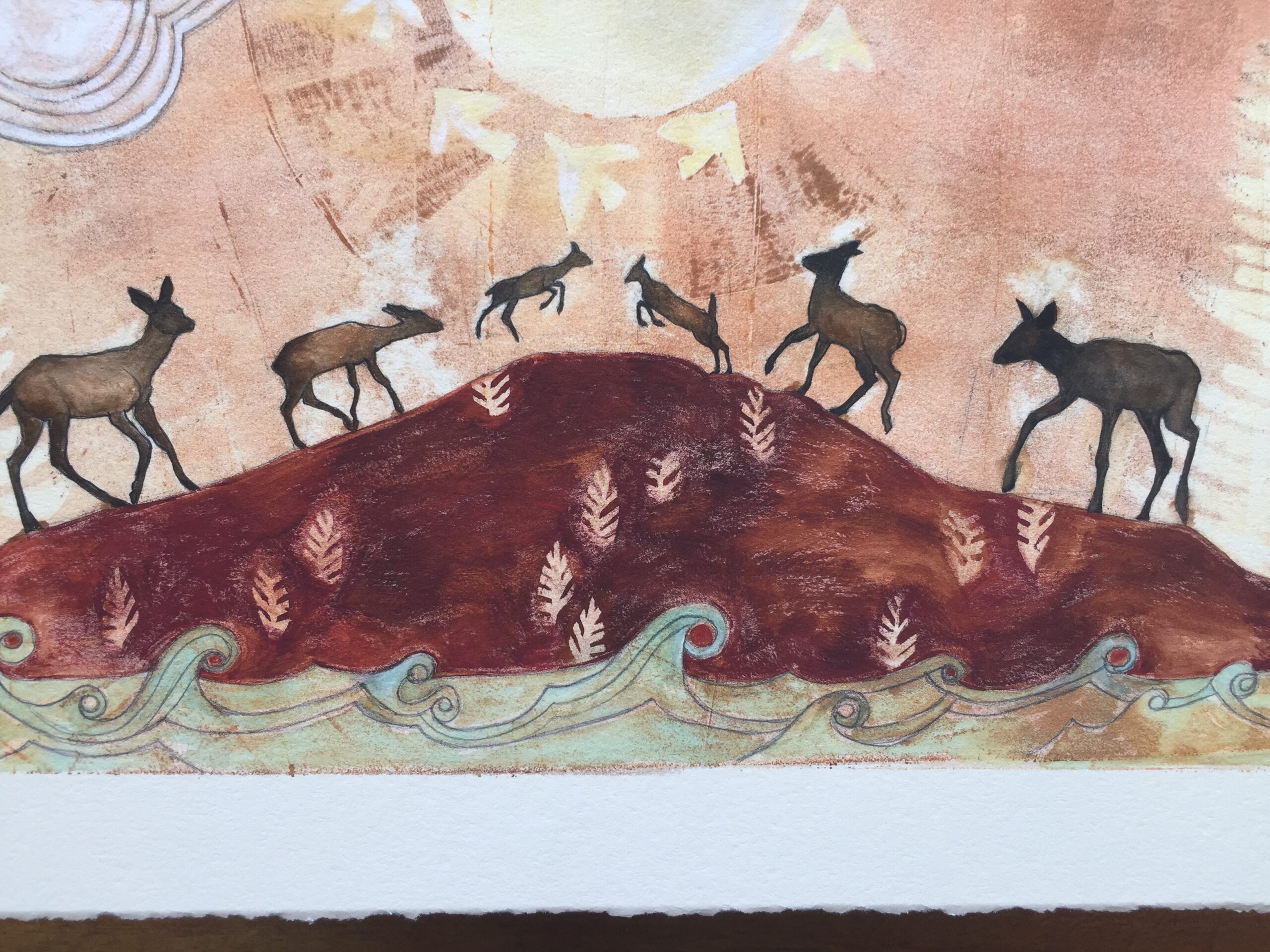 .
This painting “Sky Vault Descent” is my contemporary reaction to this myth. Here the deer are jumping off the edge of the Earth. To where are they jumping?

Will the cords from the Sky Vault hold? 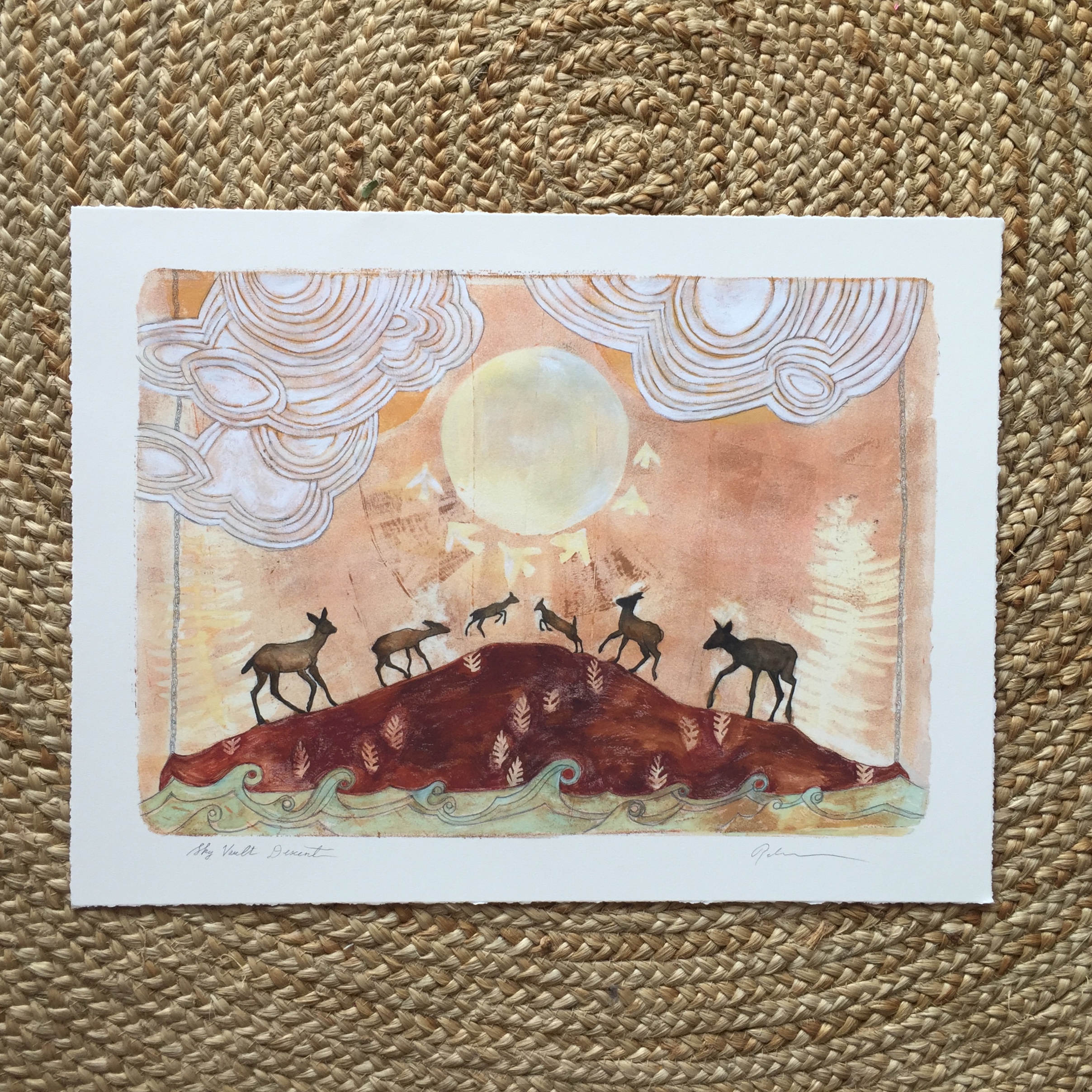